Delivering tech to tech with a striking new website

E2Tech wanted a new website with a fresh, clean look. They had their own ideas on design and functionality, but they needed some direction to help the project succeed. They also wanted it FAST!

A Decision Sprint to establish core requirements, differentiate between essentials and desirables, and ensure all stakeholders were on the same page to create a clear road map.

A contemporary, professional design which communicated to the right audience and reflected E2Tech’s brand personality.

Brew ran the Decision Sprint amazingly well and it was great to see how quickly we got clarity, alignment and confidence across the team in the ultimate goal and vision for our new website 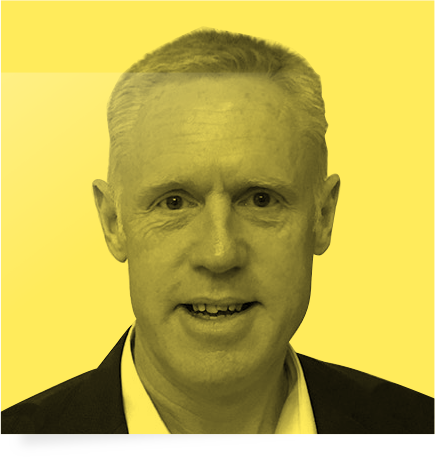 Paul Tynan and Keith Whiteside, co-founders of E2Tech, both have over 20 years’ experience in IT operations and strategy. They use their expertise to help companies transform and manage their IT operations for optimum stability and performance.

After a successful 18 months in business they felt that the E2Tech website didn’t reflect them as a business or demonstrate their personality and brand.

The co-founders approached Brew to design and build a new site which really delivered on their core needs and would work hard as a shop window for the business.

Before getting down to the business of design and build, we proposed a Decision Sprint to make sure that everyone was clear on the objectives and vision for the project.
‍

Kicking off with Go Ugly Early, the team delved deep into the worst-case scenarios, creating a list of all the potential ways the project could fail and realistic threats it might face. By then evaluating the biggest barriers to success, we were then able to focus the team’s efforts.

E2Tech knew that conveying clarity around its business proposition was a big problem on the existing website. But the process also shone a light on the need to establish who the target audiences really were and ensure the structure and the content really resonated with the right users.

The roadmap to success

The next question to ask was, what will CIOs be looking for when they land on the website? The team used Together Alone to identify the different questions which audiences might have when they visit the site. Together Alone is different to other brainstorming formats in that everyone works on the same question but in silence. These ideas are then reviewed and prioritised by voting.

Through this very rapid methodology, quick decisions were made about what was truly a priority in the site structure with limited roundtable debate. Post-sprint, this meant the process of architecting and wireframing the site was really speedy and simple.
‍

It was great to see how quickly we got clarity, alignment and confidence across the team in the ultimate goal and vision for our new website

What do we want to be?

One of the priorities for Paul and Keith was the need to have a website they were proud of and that better reflected the organisation. Prior to the Decision Sprint, we asked them to look for other organisations whose websites they admired.  In the sprint we asked them to give us a Lightning Tour of the sites they chose and tell us why they liked them. While they talked, the rest of the team captured sound bites to inform the design process.

Giving people free reign to look outside their sector and see what’s working well elsewhere is fun and insightful.  For E2Tech it was useful to discuss what they liked and why, independent of their own site. For the Brew team it was important to learn what resonated with the client – bold photography and dynamic illustration.

Within two hours of the sprint, the Brew team were already clear on the site architecture and had a set of draft wireframes to brief. Based on these and the roadmap decided in the sprint, the design team could deliver initial designs to E2Tech within 48 hours.

Because the whole team were involved in the decision-making process, everyone was aligned behind a singular vision.   Within two hours of the sprint, E2Tech could view a set of draft wireframes Brew had put together. And just two days later, they received initial designs of their brand new site.

The Decision Sprint ensured a smooth and fast-paced process and a site that clearly conveyed the brand, communicated with audiences, and was delivered well within E2Tech’s deadline.