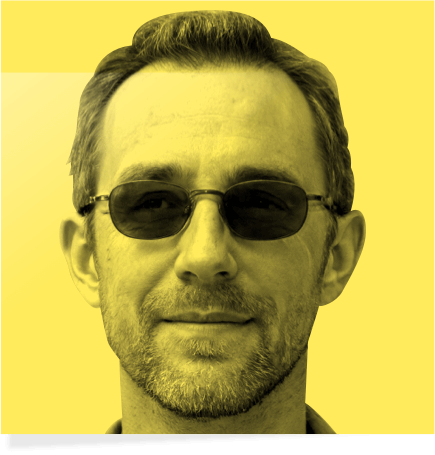 Ol’ Nick is a start-up business which makes artisan care products for string instruments. It has strong branding designed to appeal to guitar enthusiasts and keen musicians.

The founders were excited about the prospects for the new business but were worried about their scattergun approach to getting it up and running. They asked Brew for help to get them organised.

After an initial discovery meeting, we put together a sprint team of eight people, including the Ol' Nick founders and some target audience members, for a 90-minute session.

Our process started with an exercise called Go Ugly Early, which centres around a tough question for any business person:

‘What does FAILURE look like and why would it happen?’

This is starting with ‘the hard bit’; people have to be honest and brave, but the result is an immediate focus on what is truly important in terms of the success of a business, helping inform what the priorities should be.

In the case of Ol’ Nick, this exercise resulted in an immediate change to the top three things on the to-do list. It shone a light on how important it was to ensure the brand positioning was sound and that the product had a prominent USP, as well as the need to properly discuss the right retail environment.

Sympathy for the Devil

As with all Decision Sprints, some priorities which rise to the top are things that have been bubbling under the surface and need to be aired and worked through. For the founders of Ol’ Nick it gave them the opportunity to bring up and debate some worries about the branding.

Having a team of objective people who were familiar with the brand but not invested in it gave the team the opportunity to truly debate the pros and cons of such a fixed positioning and make the clear decision to go with the brand wholeheartedly, leaving any doubts behind.

There are a million ways to go to market with a product. The pandemic world of 2020 has given rise to some completely new ideas to get noticed. Using a technique called Together Alone, the team were able to surface not only the key priorities for their marketing plan but also some unique ideas especially for them.

Instead of focusing on lengthy roundtable debates about the merits of individual ideas, Together Alone does the opposite. It still involves everyone thinking of ideas and challenges to the same question at the same time, but it takes place in silence. The answers are then read and evaluated anonymously, enabling a much faster and more objective process of deciding which areas are most important and which ideas are the strongest.

Areas that took priority for Ol’ Nick were around making the USP more prominent, direct sell over retail, and the importance of YouTube for demonstration and marketing.

‘This part of the process really did help us face all our “niggles” and have some objective debate about it.  We felt more confident in what we were doing straight away.’

The most important part of a Decision Sprint isn’t what happens during the meeting itself but what happens when people walk out of the room.

When the Ol’ Nick team first came to us they said they felt ‘daunted and overwhelmed’ by how much there was to do to get the business started, and so planning on what would happen post sprint was an essential part of the experience.

Looking at the insight the team gained, many areas were related or interdependent, such as branding and content marketing, prototyping and packaging. Blockers and Unlockers enabled the team to identify potential barriers and areas that needed concurrent focus.

From this prioritisation the team was able to write an action plan with the specific focus being short, small tasks and tight deadlines, for example, organise the next meeting, by the end of tomorrow.

This is a vital part of ensuring momentum was maintained. People can walk out of a Decision Sprint fired up with ideas but all these ideas can be overwhelming. Bite-size tasks and short turnaround times usually result in a front-of-mind attitude to getting things done.

Post sprint the Ol’ Nick team said they immediately felt more in control. While it had been every intense session and they were fizzing with ideas, it had also helped air some of their doubts and given them confidence in the way forward.

Ol’ Nick founder Lee Story said: ‘We were so daunted by all the work we felt we could be doing. The Decision Sprint helped us focus on what we should be doing, which gave us confidence to leave the things that weren’t important for another time. We’re so much further forward than we would have been without it.’

One week after the sprint they had already completed more than in the whole previous month. Now they’re well on the way to a successful product trial.