Thought leaders The Marketing Society wanted to identify, organise and plan the steps towards transforming the new member onboarding experience on their website.

A Decision Sprint to help understand the aspiration, define and prioritise challenges, and ideate and prototype the highest priority - a review of the homepage.

A problem which had been a major issue for over 2 years was solved and solution live within 2 weeks, with limited time and resources.

"We’d been struggling for so long to get this project off the ground - with so many stakeholders and points of view we didn’t know where to start but I was amazed by how fast the Decision Sprint process got everyone on the same page. We couldn’t believe we’d got to a signed off design in a week" 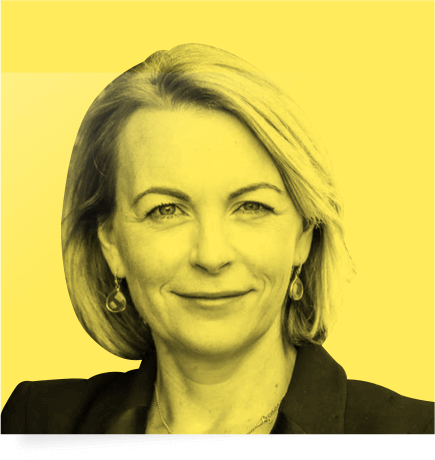 The Marketing Society is a global networking community of thought leaders and heavy hitters in marketing from across the globe. However, their website had failed to keep up with momentum and no longer represented the forward thinking organisation that The Society is.

This is a problem for any organisation, but as The Marketing Society is member-funded, a non-representative web presence is a potential blocker to enticing new members to join. Also with so many marketing experts involved, it had been difficult to garner consensus regarding the strategy of the site.

To this end they booked a remote, online Decision Sprint with Brew to try and break the deadlock and move forward rapidly.
‍

Our process started with our Go Ugly Early exercise focusing on ‘What does FAILURE look like and why would it happen?’.  This is the brutal bit where people have to be honest and brave, but the result is an immediate focus on what is truly important in terms of the success of a project, helping inform what the priorities should be.

Even at this early stage it was clear just how powerful a group made up of industry experts can be but also how difficult it is to make decisions when opinions are so diverse. This is where decision sprinting techniques really make a difference focussing on getting all the views out for everyone to see and then voting on those they feel are most important.  This cuts down the debate whilst surfacing the focus on the deal breakers priorities rather than the views of those with the strongest opinions.

The main challenge was ensuring the messaging was clear and relevant regardless of the many different audiences to which the site had to appeal.  This is not an unusual challenge, many organisations have it, however when you’re a leading marketing establishment the stakes are high to get it right.

Using an effort vs impact exercise the team set about agreeing the priority audiences and the key messaging for each.  This provided a clear picture of who needs to know what and how important that would be in delivering a design which met the objectives.

"We couldn’t believe we’d got to a signed off design in a week."

The team were asked to individually bring examples of how other organisations handle the task of targeting multiple audiences, be it on the web or anywhere else.  They were also asked to look for examples of websites they had seen which appealed to them in some way.

Each person then took turns to present their findings as a Lightning Tour, a workshopping tool we use to grab the best and most popular ideas and insights that come up. After everyone presented and all their choice insights were collated, the team decided on those that were going to be leading inspirations for the new The Marketing Society homepage.
‍

Keep up the momentum

Speed of delivery was deemed crucial to the group both because the development window was short but also because the momentum and focus gained by the group during the sprint process didn’t want to be lost.

This meant that a homepage design had to be produced quickly. It also had to be sensitive to what could and could not be realistically delivered within the available time. The next day Brew’s designers delivered the first design pass.  24 hours later it was approved.

The speed of decisions and turn around meant that not only did The Marketing Society hit their development deadlines, but they also asked to reconvene to focus on additional work on the new site realising more results in the same timeline.

The result was a problem which had been under debate by the Client for two years went from Decision Sprint to complete in two weeks.